Here’s my own – nightmarish – story of updating WordPress – and lessons learnt. I’ve also included some guidelines near the end, so you don’t get into a situation like us!

It was all going well…

You may know that we have an e-commerce analytics business – Putler. We use WooCommerce and Subscriptions extension along with many other plugins to run it’s backend. We use our own plugin that syncs WooCommerce data with Putler, so I get all the advanced reporting within Putler.

I built the Putler site about three years ago, updated it 3-4 times after that and things were working smoothly. So far, so good. 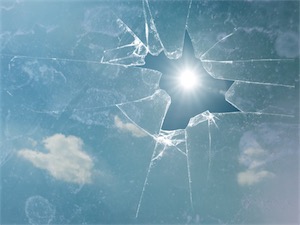 One day a client said he was not able to login to Putler, despite an active subscription.

While it sounded strange, that was indeed the case. His PayPal subscription was active, we were getting monthly payments, but within WooCommerce his subscription showed as “payment not received” / “pending cancellation”.

We couldn’t find a specific reason for this to happen, so termed it as an exception, and manually marked his subscription “active”.

Couple of days later another subscriber raised similar issue. We manually corrected that too, and asked our server admin to look at any issues on the server.

Server admin said everything is fine. We were receiving payments just fine, most subscriptions were showing as active within WooCommerce.. So I shrugged and dismissed it as a “temporary” issue.

A week later while I was reviewing monthly revenue numbers, it hit me that our month on month revenue was down by 20%. That’s unusual for a recurring business, so I started looking at the orders closely.

Turned out that for last two weeks, many recurring orders were not processed. PayPal was sending notifications for successful payment receipt, but they failed to link with actual subscriptions in the system. Eventually these subscriptions were getting cancelled because of overdue payment.

Subscriptions getting cancelled automatically is a big problem. If we did not find and correct this, we’d lose all business since the system will cancel every subscription in due course.

We were on fire.

Immediately, we fixed the blame on Subscriptions plugin. We had updated it a few days ago and we thought the new version is breaking it. We started extensive debugging and went through PHP error logs, WooCommerce logs, IPN logs and what not. We could reach the exact function at which this was breaking. Whenever a PayPal notification was received, the processing went fine until a point, and then everything went silent.

I was furious. Started cursing the Subscription plugin and Brent. Brent Shepherd of Prospress – the makers of the Subscriptions plugin – is a good friend actually, hence blaming him was easy!! 😉

Then I thought of taking his help – he is a friend after all. So caught up with Gabor Javorszky (from Prospress) on Slack and described our problem. He said PayPal issues are common and asked me to send all the logs. He also suggested that another plugin could cause the problem.

It was already two weeks after getting the first complaint, and nearly a month from the beginning of the problem. I escalated the issue to highest priority and asked for an extensive audit of everything.

It was the WooCommerce Putler Connector plugin. One of our own plugins.

That was bigger shame!!

We lost a good chunk of revenue, two weeks of time, and many paying customers just because we missed a plugin update. And if we couldn’t solve the problem sooner, the damage would be severe.

Yes, we’ve all had instances when things turned bad right after updating WordPress core, plugins or a theme. We have seen the “white screen of death”. We’ve faced crisis on live websites after performing an update.

But that does not mean we can leave our sites without updates.

Update Dilemma: To Be or Not To Be?? 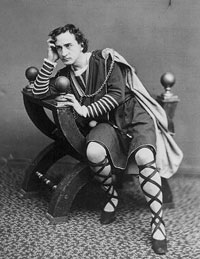 First, let’s recap why we should keep our site up to date…

Now let’s look at why we don’t update our sites:

So how should one approach updating WordPress?

Here are some guidelines we’re following ourselves:

Hopefully my story helps you avoid such problems for yourself.. Update often, update carefully!

Do you have any horror stories about updating WordPress? How did you recover from them?

What are the “best practices” do you follow now to update WordPress / WooCommerce / Plugins / Themes?

This site uses Akismet to reduce spam. Learn how your comment data is processed.